After the completion of another record year, the ISS U.S. National Laboratory continues to expand the frontiers of science in low Earth orbit! In 2016, we saw Astronaut Kate Rubins observe, for the first time ever, heart muscle cells beating in orbit: one of several  groundbreaking stem cell investigations in space. A diverse portfolio of payloads—58 in total—were launched to the ISS National Lab. These payloads were rich in discovery science, new technologies, and enabling platforms, powered by a growing community of new and returning researchers. Strong investment interest in the ISS National Lab from non-NASA sources grew, including universities, other government agencies, and the commercial sector.

The ISS National Lab mission is exciting and meaningful to everyone on Earth—serving our national interest to maximize the value of this one-of-a-kind asset, to increase access to new users, and to help accelerate the growth of our commercial economy in space.  I could not be prouder of the ISS National Lab team, composed  of dedicated professionals from NASA, CASIS, implementation partners, launch providers, and a broad community of users.

One year ago, we launched the first issue of Upward, and  now we begin our second volume with articles highlighting  an interesting cross section of recent in-orbit activities.  Kudos to our entire scientific writing team—with articles  from multiple contributors—who have built and grown this informative magazine for the ISS National Lab community.

Within this issue, you can learn about cutting-edge research in bacterial gene expression and cell behavior in space. We continue to observe and discover new phenomena in the unique ISS environment, where the effects of gravity on living and non-living systems alike can be isolated in ways not possible on Earth. It’s amazing to me—the breadth and depth of research now being performed on the Space Station. Of course, ISS National Lab investigators not only take advantage of the continuous microgravity environment, but also utilize the vantage point of our world’s only manned satellite. In this issue, we highlight three “outward” facing projects: a project examining meteors traveling through the Earth’s atmosphere to probe what our early solar system was like, an investigation to test an innovative charge injection device to directly image distant Earth-like planets in other solar systems, and the Alpha Magnetic Spectrometer—a state-of-the-art in-orbit particle detector pointed at our heavens to better understand our universe.

Looking forward, there is much work to  do in 2017. The space community is in a transition year, and we will see new faces in key government leadership positions. Our nation will continue to innovate, inspire, and challenge the status quo with new ideas. We’ll see business-to-business R&D opportunities flourish, which will lead us  to new markets for products and services and novel discoveries, all enabled by space-based research for use on Earth.  We will see companies and institutions  new to space launching their first projects into space. Additionally, we expect ISS educational and inspirational opportunities to multiply, as science, technology, engineering, and mathematics programs and partnerships mature and generate new outreach channels. The fascinating results of ISS National Lab research will continue to be revealed and will stretch our minds with new data, tools, and knowledge.

The payback from the ISS National Lab to life on Earth is a gift to our nation and to the world, with great promise for what lies ahead. While I’ve enjoyed many incredible vantage points in my 30-year career in aerospace—from different perspectives on the ground, in the air, and onboard the ISS—the view right now is the one that leaves me the most inspired about our future. 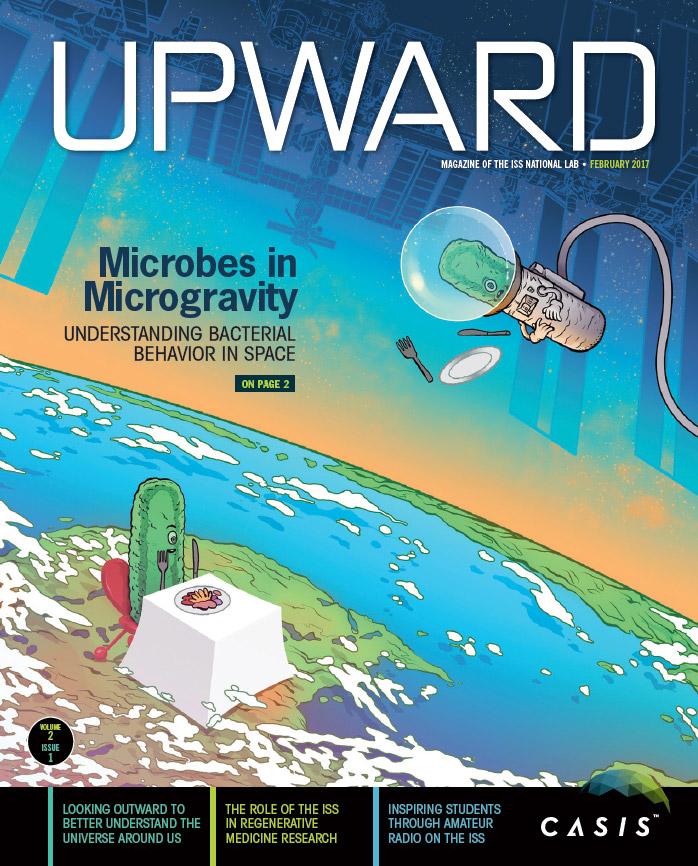