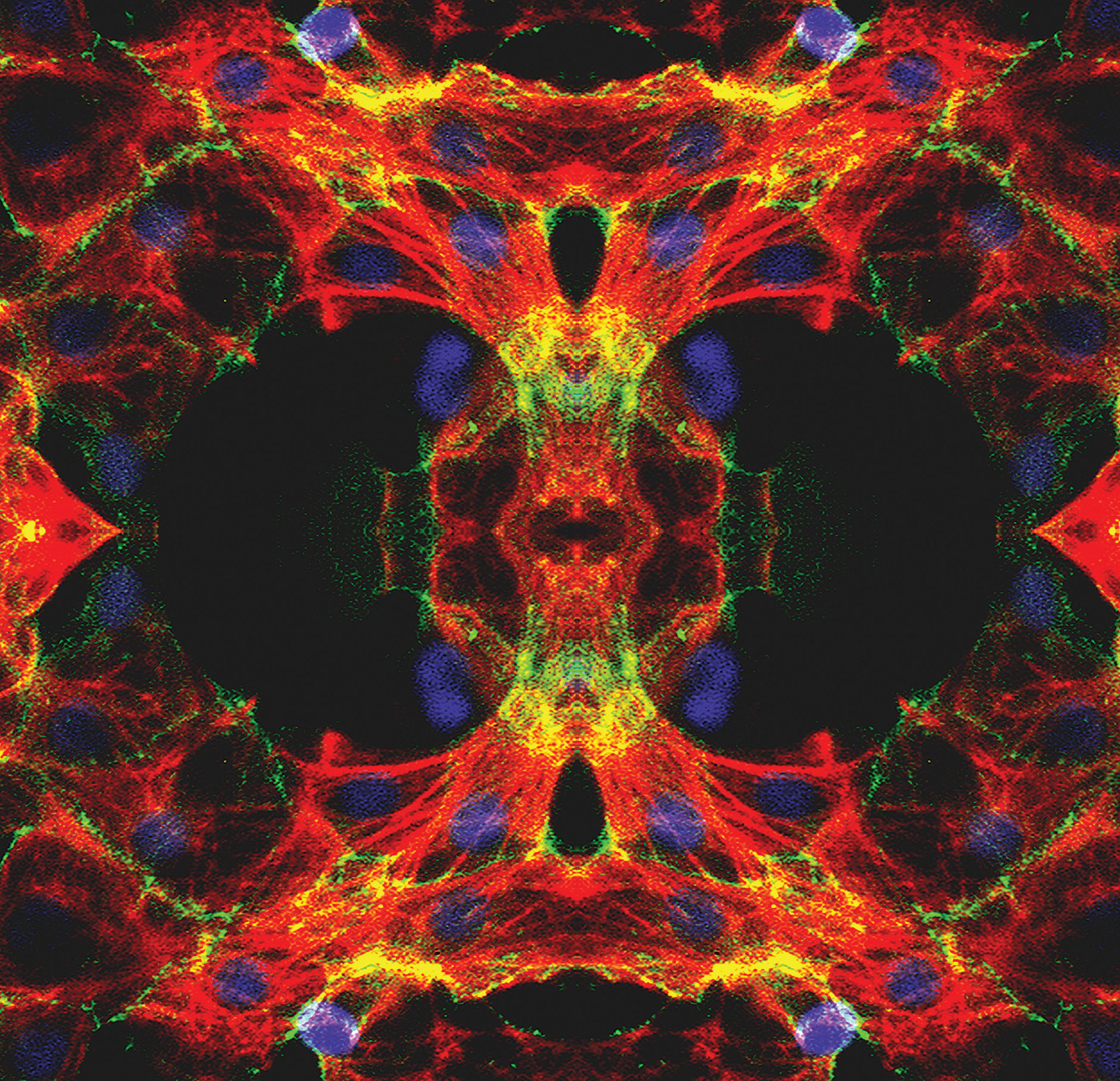 It is old wisdom that life is a journey and not a destination. But when your destination is space, it might seem difficult to find excitement in the mere act of preparing for flight. Surprisingly, however, many researchers make exciting and novel discoveries during their preflight experiments—and these findings not only pave the way for greater success in flight but also immediately contribute to scientific knowledge on Earth.

A recent illustration of preflight science discovery can be seen in the work of Chunhui Xu, associate professor in the Emory University Department of Pediatrics. While preparing for a future flight experiment, Xu generated results in the fields of translational biology and regenerative medicine that could advance our ability to model heart defects, improve precision medicine, and even cure diseases. 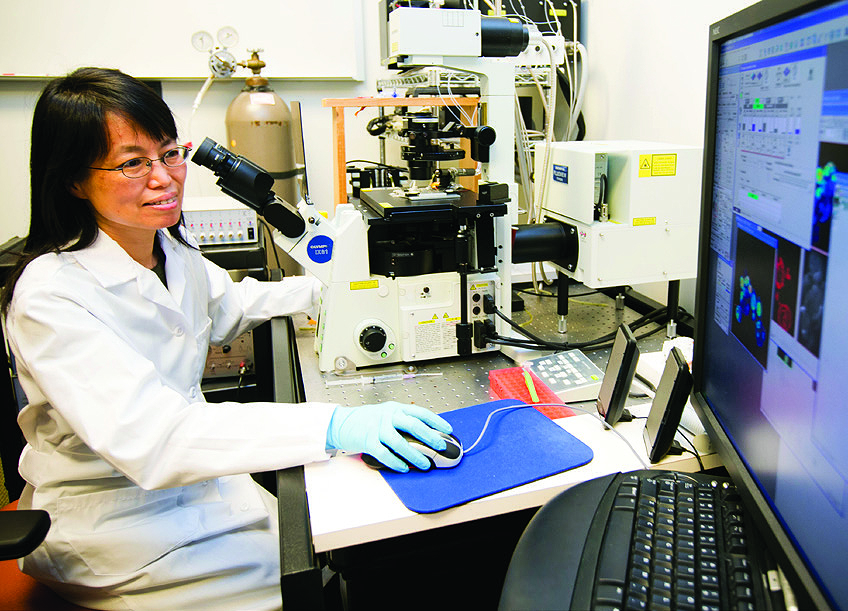 Xu’s journey toward flight began in late 2013 when  she was awarded a grant for a ground validation study in response to a CASIS Request For Proposals titled “The Impact of Microgravity on Fundamental Stem Cell Properties.” Four years later, Xu has authored six publications detailing results related to her simulated microgravity and stem cell research, and her team is now preparing for a follow-on flight project to take their research to the next, and much higher-altitude, level of discovery.

The Complexity of Stem Cells in Microgravity

Biological experiments have been conducted in space for more than 50 years—beginning with model organisms, expanding to include humans, and now encompassing all manner of cells and creatures, great and small. However, most of what is known about stem cell biology in microgravity is from ground analogs operated on Earth that simulate some aspects of a free-fall environment.

Moreover, results have been mixed. Although microgravity clearly alters gene expression of cells in culture and induces the aggregation of cells into tissue-like structures, stem cells appear to have cell-type-specific responses to microgravity. For example, some embryonic stem cells have shown increased growth and proliferation (associated with maintenance of their undifferentiated states), but precursors to liver and fat cells have shown increased rates of differentiation.

From a scientific perspective, both responses are interesting because they may reveal critical information about underlying molecular mechanisms of stem cell function. But it does leave some questions regarding what to expect from a stem cell experiment sent to space—hence the rationale for performing additional ground simulations.

“Ground-based research prior to flight is critical for every project,” said Michael Roberts, deputy chief scientist for CASIS, “but some experiments are more critical than others. Analog validation helps us understand expected outcomes before moving to flight, improving the likelihood of scientific success and the likelihood of identifying and measuring the root cause.” It is an added benefit, he noted, that many projects can inform and advance their field of research from these experiments alone.

THE PROBLEM WITH HEART CELLS

Research in the Xu lab focuses on progenitor cells—cells that are partially differentiated (i.e., more specialized than a stem cell) but can still differentiate into multiple cell types. Specifically, the team is studying cardiac progenitors and their differentiation into cardiomyocytes, cells of the specialized muscle tissue of the heart. 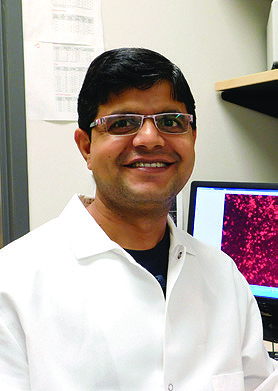 “The problem in the field of cardiac medicine is that the heart has billions of cells, and any injury or defect can lead to serious illness,” said Rajneesh Jha, a research associate at Emory University who worked on the Xu project as a post-doctoral fellow. “The bad cells need to be replaced, but cardiac cells have limited proliferative capacity.”

In other words, cardiac cells can only regenerate, or reproduce, a certain amount. Moreover, although cardiomyocytes are a promising cell source for regenerative medicine, disease modeling, and drug discovery, practical use requires that the cells be enriched (isolated as a pure population) and mature (fully developed). Current methods for producing cells of such quality fall short, typically growing and differentiating cells in 2D environments that generate immature cardiomyocytes within mixed populations.

Previous studies have established that producing cardiac cells in 3D liquid-batch cultures (such as a rotating or reciprocal motion shake flask) has an improved yield over 2D cultures (such as a petri dish) in their production of cardiomyocytes. Building on this logic, the Xu lab set out to examine whether their cells might have an even more robust yield if they combined a 3D culture with simulated microgravity. 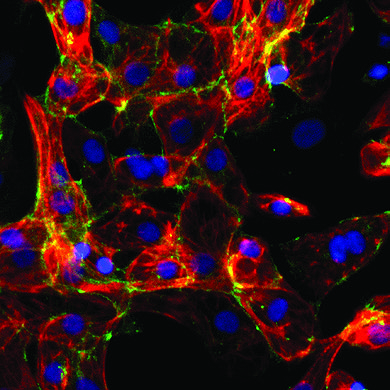 Interestingly, they found that short exposure to simulated microgravity increased both survival and yield of the cardiomyocytes; specifically, three days of exposure was sufficient for maximum yield. Xu’s team published their findings from this experiment, describing their success in producing highly enriched cardiomyocytes (99% purity) with expected functional properties—in other words,the cells appeared mature. Moreover, the cardiomyocytes were produced at up to a four-fold higher yield than in standard 3D cultures (and at an eight-fold higher yield than in 2D cultures). 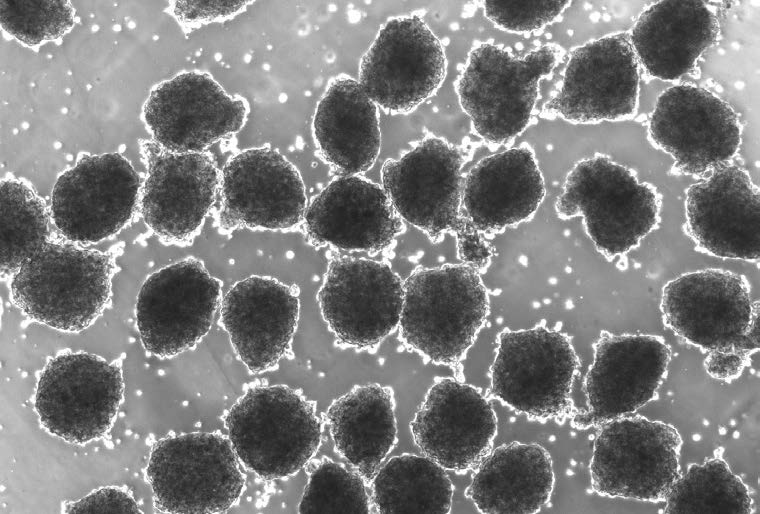 Beyond the obvious humanitarian benefit of improving cell characteristics for use in cardiac medicine, there is a commercial incentive to the success of Xu’s research: Cardiomyocytes generated in the lab are for sale, and mature cells are in high demand for non-clinical use.

For example, mature cells can be used to develop organoids (micro-scale aggregates of cells that mimic the function of tissues or even whole organs). Organoid development is a blossoming industry in the realm of translational medicine because it offers an alternative to animal testing—they can be used to (1) study organ function and cell behavior in ways not before possible in standard cell cultures and (2) test the effectiveness and toxicity of potential therapeutics in ways more relevant to human biology because they are composed of human cells rather than those of non-human, model organisms. The Xu lab is experienced in such testing using early-stage “lab-on-a chip” technology (e.g., a microelectrode array chamber filled with organoids), on which high-throughput analyses can be performed.

“So many drugs pass safety testing in animals, but when they get to the clinic, they cause issues in humans,” said Xu. “This could be, in part, because of electrophysiology specific to human cells.” Thus, a pre-test in organoids could have both humanitarian and economic value by minimizing negative effects on patients in clinical trials and saving associated costs (each phase of a clinical trial typically costs millions of dollars). However, yield is again crucial to making this sort of test a reality.

“Large numbers of cardiomyocytes need to be generated in a more efficient way than currently possible,” said Xu. “When we combined simulated microgravity with 3D culturing techniques, we saw promising steps toward reaching that goal.”

In addition to developing and testing treatments for damaged heart tissue, the Xu lab also uses cardiomyocytes to model the effects of congenital (present from birth) heart defects. To do this, the researchers collect skin cells from patients, manipulate those cells to acquire certain stem-cell-like features, and then re-differentiate them into cardiomyocytes for lab-on-a-chip studies. This allows the researchers to be certain that the genetic background of the test samples is identical to the patient.

The team uses the patient-specific chip to study disease characteristics and drug responses. The goal of such work is a future paradigm in which doctors could prescribe certain drugs that the chip shows will be most effective (and least toxic) to an individual, based on their unique genetic background. These studies are at the heart of personalized medicine, and the concept of treating heart defects or damage using such an approach is not as far removed from clinical reality as one might think. 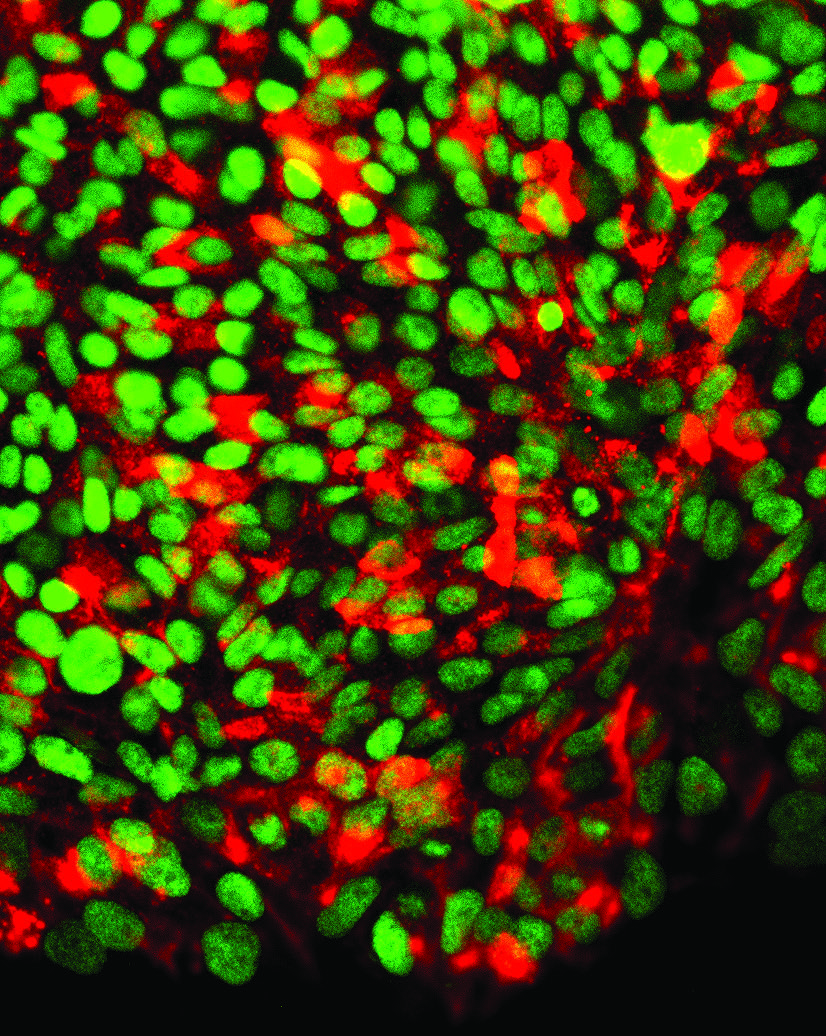 “In the clinical setting, we saw some children that did not respond to the commonly used beta-blockers, but they did respond to other specific drugs,” said Xu. “We saw the same phenomena in a dish. Our results mirrored the clinical data.” Beta-blockers are the first-line therapy to prevent arrhythmias in patients with CPVT; however, for unknown reasons, such therapy is unsuccessful in about 25% of patients. Xu’s results, published in 2016, show proof of principle that their team’s approach to personalized testing could potentially be used in these populations.

TAKING THE NEXT STEP

“The innovations in the Xu lab hold great promise for delivering more effective therapeutics in the future,” said Roberts, “and microgravity is having a profound effect on their research.”

The Xu team is excitedly preparing for their flight project, which will send cardiac progenitors derived from human skin cells into space and evaluate how microgravity affects their proliferative capacity. Simulated microgravity has allowed the team to make great strides in this area, according to Xu, and she hopes to uncover additional information by sending the cells to space.

Stem cells hold enormous potential for both curing disease (through replacement of damaged tissues) and advancing translational biology (through the growth of organs and tissues as disease analogs). “Dr. Xu’s project has the potential to fill both applications,” said Roberts. “A lot has been learned about her system from devices that simulate some aspects of microgravity, but true microgravity onboard the ISS National Lab may have advantages above and beyond these ground-based successes.”

Heart disease is the leading cause of death in the U.S. and costs an estimated $207 billion each year in healthcare services, medications, and missed work. Accelerated drug testing, personalized medicine, stem cell therapies, and discovery science to open new solution pathways all hold promise to lessen the devastating effects of this common condition.

There are several methods that can be used to simulate microgravity and test for 3D cultures. Two well-established methods involve use of a random positioning machine or a rotating wall vessel (developed by NASA). Such devices mimic true microgravity by providing a lack of sedimentation and improved 3D aggregation. Xu’s experiments primarily used the random positioning machine, which rotates on multiple axes at varied speeds and angles, functionally removing the gravity vector by continuously shifting the orientation of cells. However, true removal of gravity is not achieved, and the effects of fluid movement on cells in spaceflight experiments are dramatically reduced compared with only modest reductions in simulators. 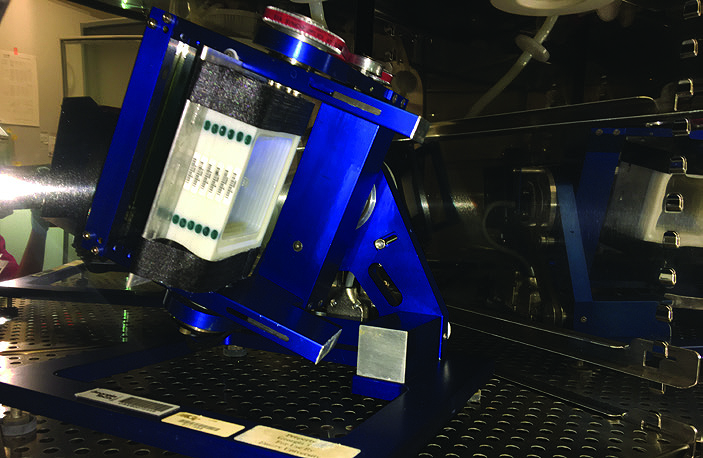 According to Xu, an additional exciting outcome of her simulated microgravity studies involved the upregulation of heat shock proteins in their samples. Heat shock proteins are a type of protein involved in stress response, and they are present in all living things. Though their name implies activation by heat stress, heat shock proteins actually respond to high or low temperatures as well as to a drop in vital nutrients such as oxygen and sugar. Although heat shock proteins have been implicated as having a role in cancer and other diseases, their activation in this case may actually be of benefit.

“We already know heat shock can improve survival, which may be part of why microgravity leads to increased viability,” said Xu. “But heat shock cells are also more resistant to cell death, and they survive better when transplanted into animal models, so the microgravity upregulation of these proteins is very exciting.”

The team is currently working on generating strategies to recapitulate this effect without microgravity.

Xu’s project is one of several cardiac stem cell projects in the ISS National Lab portfolio, and it complements a growing suite of bioscience projects geared toward tissue engineering, lab-on-a-chip technologies, and regenerative medicine in general. Many of these projects are powered through innovative public-private partnerships, including CASIS collaborations with government funding agencies. For example, in 2017, CASIS awarded five new projects in response to a research solicitation funded by the National Center for Advancing Translational Sciences (NCATS), part of the National Institutes of Health (NIH).

Another collaborative opportunity, this time in partnership with the National Science Foundation, is currently open and seeking proposals in transformative tissue engineering. This includes cellular engineering, tissue engineering, and modeling of physiological or pathophysiological systems in topic areas that include, but are not limited to: scaffolds and matrices, cell-cell and cell-matrix interactions, stem cell engineering and reprogramming, cellular immunotherapies, cellular biomanufacturing, system integration between biological components, and electromechanical assemblies. For more information about this opportunity, see below.

UP TO $1.8M WILL BE AWARDED FOR MULTIPLE FLIGHT PROJECTS!