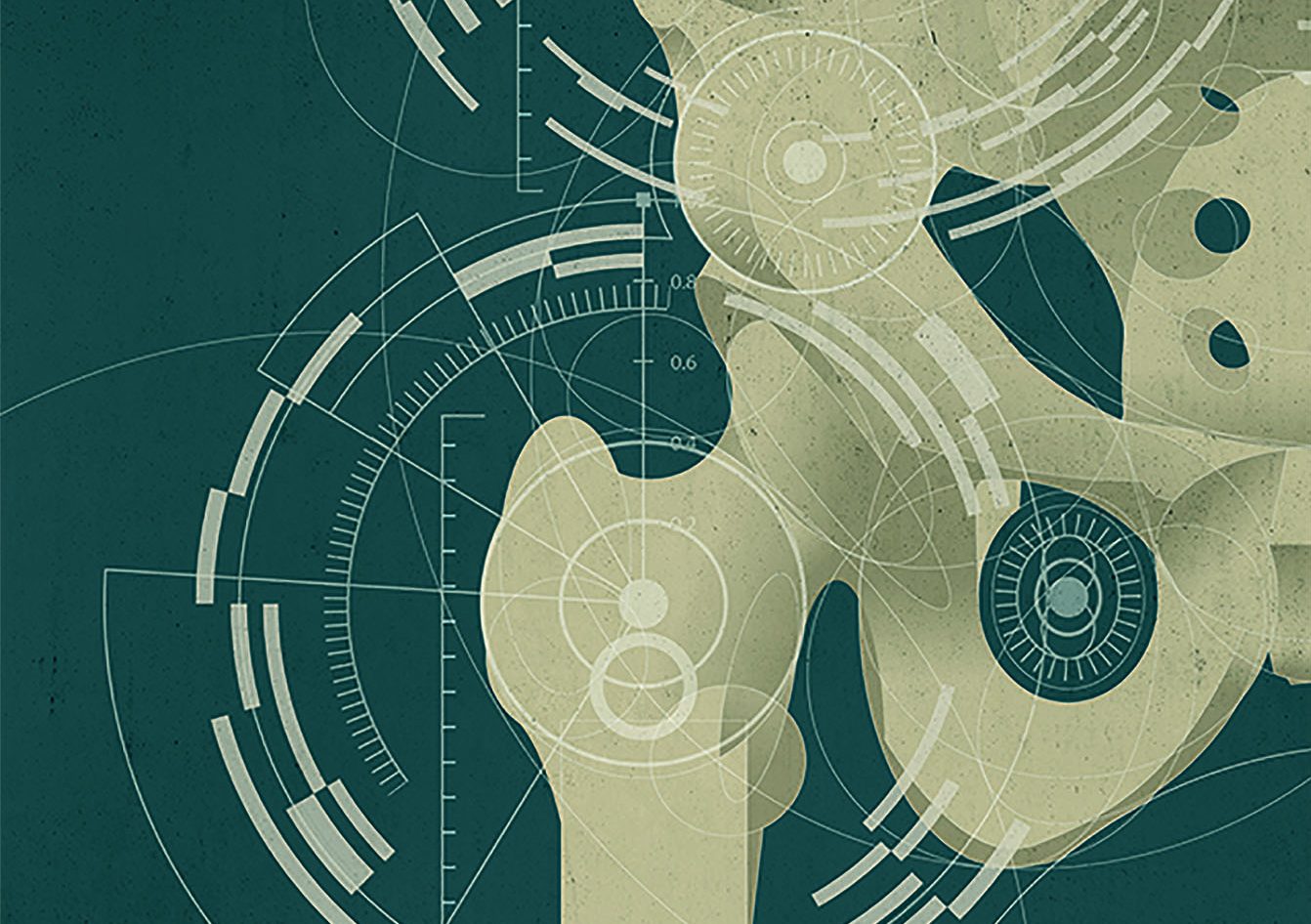 The human body, while often glorified in artistry for its aesthetics, is nonetheless a type of organic machinery—and like all machines, it is governed by the physical laws of nature. In a recent experiment conducted on the ISS, Boston University researchers looked beneath the superficial layers of the human form to discover the intricate beauty of bone physiology in relation to these physical forces.

The human skeleton consists of 206 individual bones. While bones may be the frequent subject of forensic postmortem analysis, it is the living tissue that gives the organ form and “plasticity,” the critical ability to change and adapt.

In the ISS experiment Osteocytes and Mechano-transduction, Paola Divieti Pajevic, associate professor of molecular and cellular biology at Boston University’s Goldman School of Dental Medicine, keyed in on osteocytes (the most abundant cell type in bone) to identify their role in bone health. By deciphering which parts of the osteocyte’s genetic code are activated under different conditions, Divieti Pajevic and her team discovered a potential new avenue for drug development aimed at treating diseases related to bone loss.

On Earth, gravity is a constant force that imparts mechanical resistance to the body’s activities. This resistance is perceived by osteocytes and translated into cellular signals that regulate the balance between tissue formation (growth) and tissue resorption (breakdown), termed bone remodeling. Osteoporosis—a condition in which bones become fragile from excessive resorption—is the most common disease related to bone remodeling, affecting more than 200 million people worldwide. 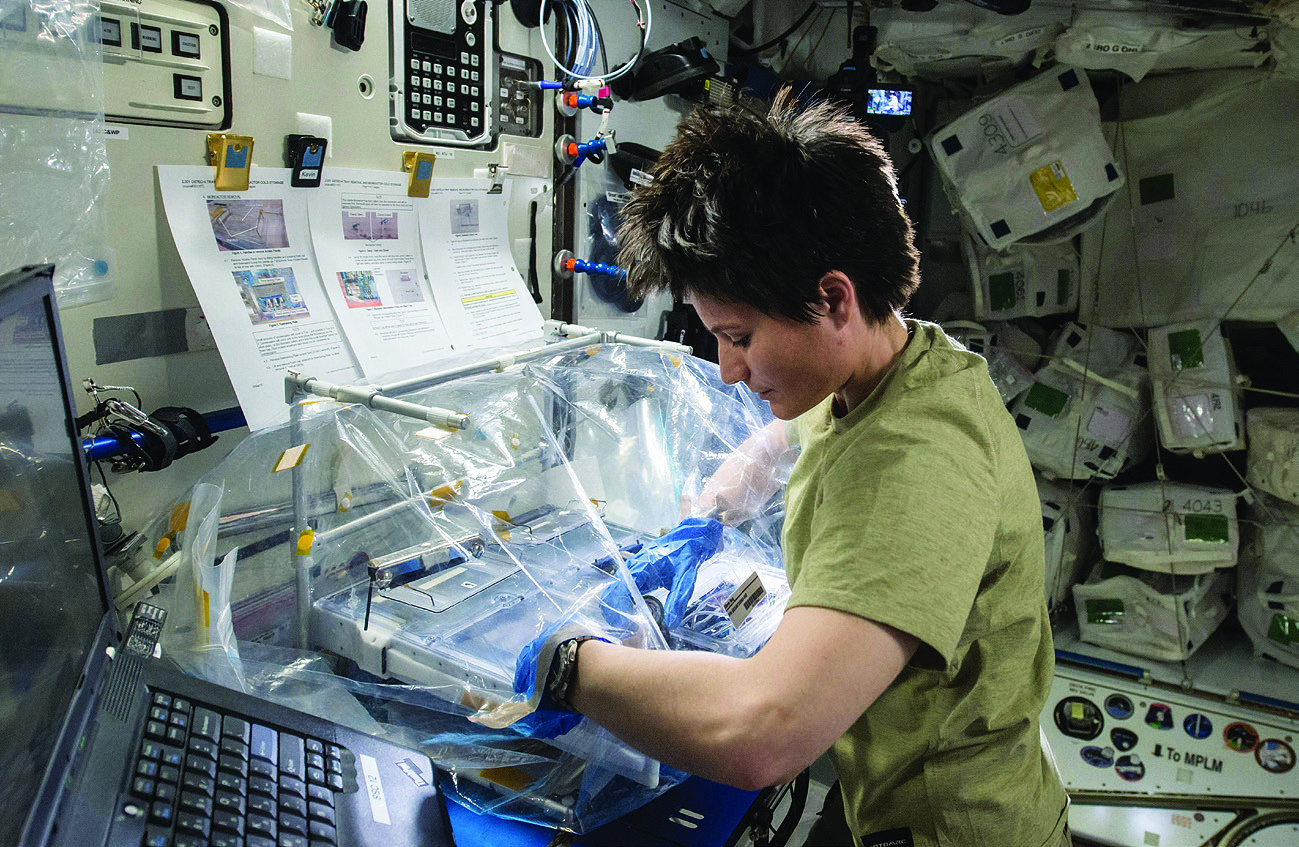 The risk for osteoporosis increases with age, especially for women with declining estrogen (a hormone that limits bone loss by inhibiting resorption). The need for new and improved therapies is critical to help prevent age-related damage to bones. Researchers are using new methods to discover factors that contribute to bone loss and may serve as alternative targets for drug development. Other approaches to developing new therapies look at reduction in physical activity—or more technically, mechanical force—as models of bone loss.

For example, bone loss in bedridden patients, such as the elderly and those with paralysis or chronic diseases, results from greatly reduced levels of regular mechanical force applied to the bones. Microgravity simulates the lack of bone and muscle loading in an accelerated manner, making the ISS National Lab an ideal environment for studying the underlying biological mechanisms related to mechanical force and bone disease. To investigate the dynamics of osteocyte signaling, gravity, mechanical force, and bone health, Divieti Pajevic took advantage of this unique research platform.

“We need to understand how the system works to know how it doesn’t work,” said Divieti Pajevic. “This understanding will allow us to intervene and treat bone pathology.”

The Machinery of Bone Health

In context of the body’s machinery, osteocytes are less like a linchpin locking the bone remodeling cycle statically in place and more like a transmission, able to move the cycle forward or backward. A decrease in mechanical force shifts the balance in the bone remodeling cycle in favor of resorption while an increase shifts the balance in favor of formation. This dynamic balance not only maintains bone health but also allows an organism to adjust to its environment.

One of the earliest observations regarding bone remodeling comes from Galileo Galilei, who observed that the bones of large animals (which experience increased weight-bearing mechanical force) are robustly greater in diameter relative to their length. In modern times, a similar effect is seen in professional athletes, especially those who experience unilateral mechanical force. For example, X-rays reveal the augmented growth of bone in a tennis player’s dominant hand.

“Within the bone, the cells responsible for changing bone mass according to how much external load force is applied are osteocytes,” said Divieti Pajevic. This much is known, but the mechanisms of how osteocytes sense and respond to mechanical force are unknown. To understand this “mechano-sensing” process and the resulting cellular signals (“mechano-transduction”) at the molecular level, Divieti Pajevic set out to perform the first-ever analysis of osteocyte gene expression in space.

This analysis was made possible through a powerful collaboration between the National Institutes of Health (NIH) and NASA: the NIH Biomedical Research on the ISS (BioMed-ISS) program, which specifically supported experiments in space aimed at improving health on the ground.

“BioMed-ISS was developed to facilitate NIH mission-relevant research on the ISS,” said Faye Chen of the NIH’s National Institute of Arthritis and Musculoskeletal and Skin Diseases. “The program was intended to promote biomedical research that uses the unique microgravity and radiation environment of the ISS for the benefit of human health on Earth.”

Through this unique program and later sponsorship by CASIS, the Osteocytes and Mechano-transduction experiment launched to the ISS National Lab aboard SpaceX-6 in 2015, allowing Divieti Pajevic to peer inside the osteocyte cell as it responded to the absence of mechanical force in microgravity. “There was a need to understand the mechanisms of mechano-transduction in osteocytes, the most abundant bone cells, at the cellular and molecular level,” said Chen.

Hidden Amongst the Genes

Genes and the environment are the ultimate determinants of our physical traits. Each cell in our body contains the same genetic material, but gene expression (which genes are turned on or off in any given cell) differs according to environment. GeneChip technology (see sidebar) enables analysis of which genes are turned on and off in a cell population at any given time. By comparing GeneChip data from osteocytes in spaceflight to those on Earth, changes in gene expression associated with the removal of mechanical force are highlighted.

Through this approach, Divieti Pajevic discovered a surprising and exciting connection between bone cell response to mechanical force and genetic pathways not previously associated with bone disease. A significant portion of the gene expression changes in microgravity were part of the “hypoxic”pathway (a series of gene control mechanisms known for being induced by oxygen deprivation) and glycolysis (a form of glucose metabolism).

The Future of Discovery

With a new understanding of microgravity’s effect on osteocyte gene expression, Divieti Pajevic can now design experiments on Earth to more deeply understand how the pathways of hypoxia and glycolysis relate to osteocyte behavior and, more specifically, disease. Because of their association with mechano-sensing and mechano-transduction, the genes in these pathways could represent new targets for osteoporosis treatments. 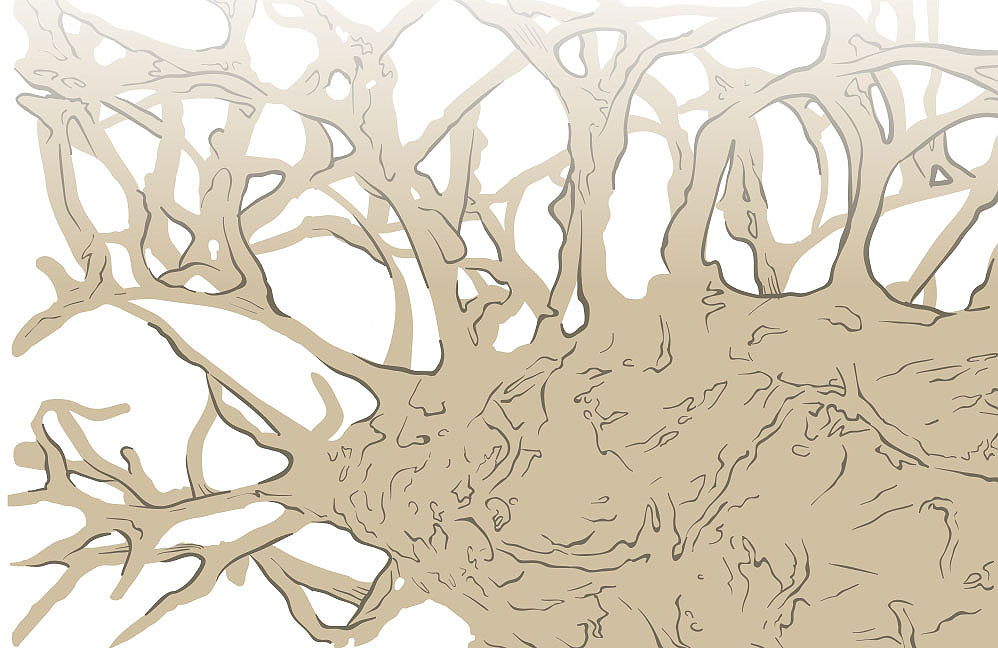 “These discoveries might not otherwise have been possible through ground-based means,” said Chen. Moreover, not much has been done to target these pathways in the field of osteoporosis treatment, leaving the future open for Divieti Pajevic to further elucidate the osteocyte’s genetic code. And the results gathered so far are only the beginning—analysis from the spaceflight samples is ongoing, with evaluation of protein levels and the expression of microRNAs (a recently discovered class of short RNA fragments involved in regulating gene expression) still to come.

“This was the first experiment on osteocytes in space, the first on the space station, and the first use of this hardware on the station,” said Divieti Pajevic, “so it was quite interesting to have such success and discover two new pathways that might be important for bone metabolism. We are excited about reproducing this on the ground and performing additional testing.” 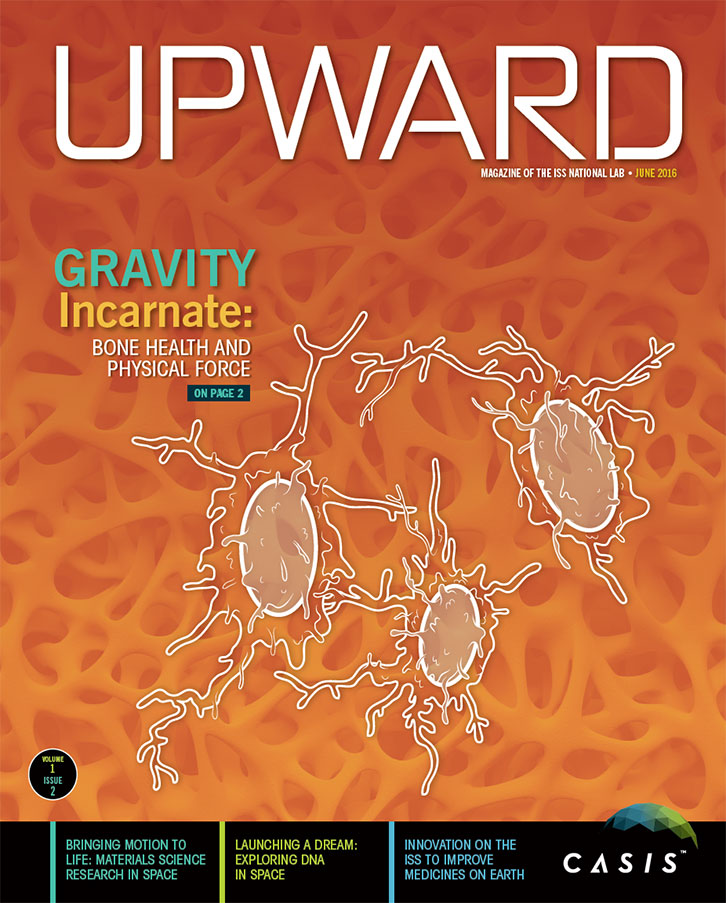 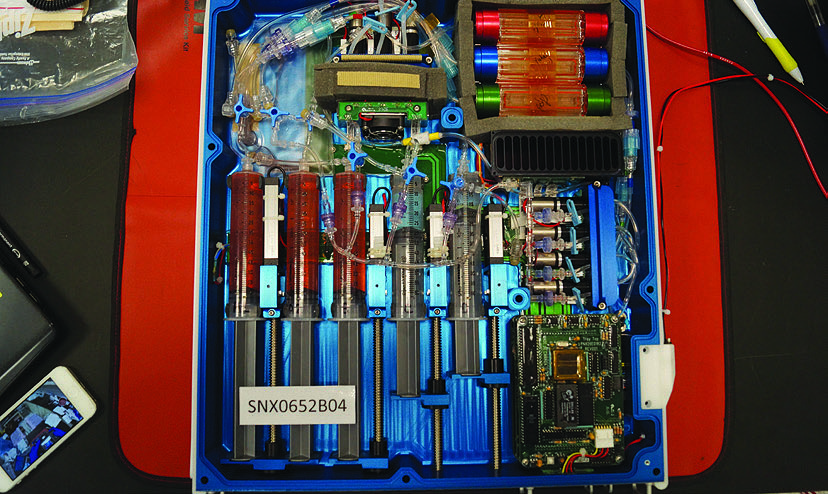 Had it not been for the dogged persistence of one graduate student (Jordan Spatz) with an unorthodox idea and the help of an international team, the Osteocytes and Mechano-transduction project may never have come to fruition. In 2010, Spatz (now a medical student at University of California, San Francisco), kicked off the initial interest in using microgravity to investigate the bone’s cellular connection with mechanical force.

Inspired by a funding opportunity from the NIH Biomedical Research on the ISS program, Spatz reached out to Calm Technologies, a Canadian hardware development company. The initial response was hesitance; the company’s existing hardware (originally designed for the unmanned Russian Photon spacecraft) was not certified for use on ISS.

“However, the project stood out on the strength of the science,” said Calm Technologies Vice President Chris Adamson, and this convinced the company to take on the upgrade. Iterations of the former hardware had supported three previous bone cell investigations in space. The new hardware, however, was the first to study the osteocyte cell type and the first to fly to the ISS.

“There were quite a few challenges to make the hardware ‘station-worthy,’ but it turned out to be a huge success,” said Adamson. In fact, he noted that the success of this project has generated new interest in the hardware from other investigators. 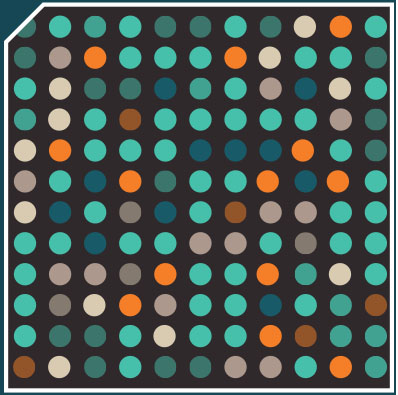 Each spot on a GeneChip represents a specific gene. To measure which genes are being expressed (or not expressed) in space, total RNA was collected from cells in orbit and then processed on the ground to attach fluorescent labels. The fluorescently labeled RNA samples bound to their complementary gene sequence, and a laser scanner enabled a quantitative analysis of gene expression patterns. This gave the team the opportunity to see which genes were turned on or off in spaceflight compared with ground controls.